Everything is effectively based on Servlets. You can do everything by writing code that extends the HttpServlet class.

The first Java applications on the web (circa 2000) did just that: they subclassed HttpServlet and created all response content with println statements. This was awesome and worked except that the code was too complicated. But it was a heroic era. The Servlet did everything:

Some people call the above (perhaps disparangingly) JSP model 0 (there's no JSP yet).

In MVC model 1 people used JSP which is really a camouflaged HttpServlet (each JSP page is used to automatically generate and compile a Servlet) and you had Java Beans for the database access. So basically in this approach: This is depicted here and here.

It was a dark era because around that time some wicked people starting thinking about the abomination that became known as "Enterprise Java Beans".

This pattern made more sense, you got your vanilla HttpServlet back which you kept for all of the control and you had JSP for the view and beans (ordinary Java Beans even though some perverts used EJBs) for the model. So this resulted in a very clear and nice separation of the MVC concerns.

This pattern is depicted here.

There was nothing really wrong with JSP model 2 except people began arguing whether you should have a single controller servlet (a.k.a. the Front Controller) or whether each JSP page should have its own or any other approach in between. Around that time Struts appeared. Struts was a request-based framework (as they became known) that presented a single "front controller" HttpServlet that then dispathed to various "action" classes which the programmer provided. Spring MVC which is another request-based framework also implements the front controller pattern.

Sadly, also around the same time some unshaven people working in a rat-infested basement came up with idea of JSF and the so-called "component" frameworks.

The following figure is also instructional:

Component based framework is not like that. There is actually no clear sense of the flow from front to back. An example of it is not JSF, because in some way JSF is pretty much quite the same with Struts (since the creator of Struts and JSF is the same). A good example of Component based framework Tapestry and Wicket. The paradigm in these two framework is different. You don't think in actions or request-response, but components and components. You define a component in your application, and you tell what the component does. But the flow does not have to be linear as in Request based framework. 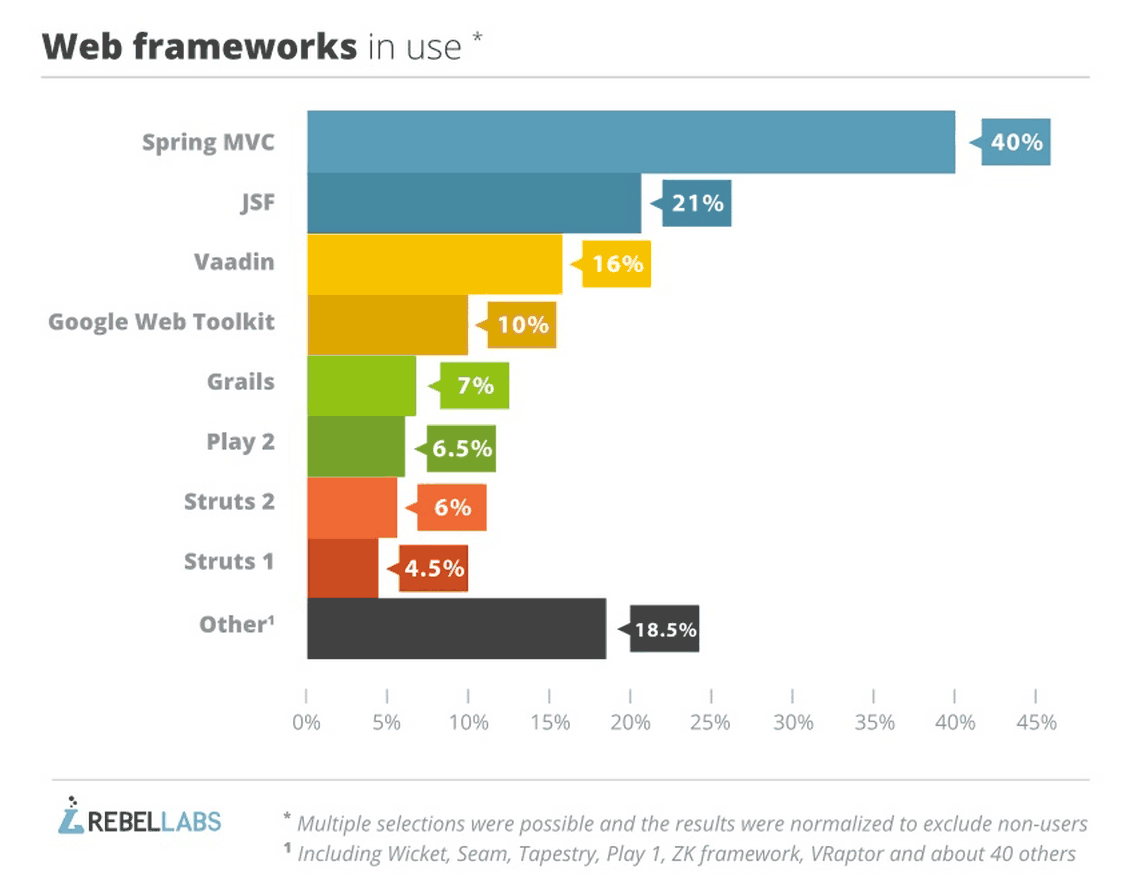